Summary:
Bush honeysuckles are invasive woody shrubs that have detrimental impacts on native ecosystems. These plants were introduced from eastern Asia into US cities for landscaping purposes, but urban areas now serve as sources for their continued spread. Birds visit the shrubs in urban thickets to consume the fruit borne by bush honeysuckle and subsequently transport the seeds to outlying areas, thus facilitating the expansion of the invasion. As a result, bush honeysuckles are often found along transportation corridors (e.g. highways) and forest edges. Once established, they can create dense thickets, which can cause shifts in the composition of naturally occurring ecological communities and can promote the spread of tick-borne disease. Optimal control strategies include cutting the shrubs after leaf-out in the early spring or, although less desirable, in the fall and applying herbicides containing glyphosate. Edges of the invasion are ideal locations to focus eradication efforts, and thickets along the edge of the current distribution are most likely to succumb to control measures and allow the re-establishment of native species. Repeated controlled burns are useful to prevent the re-invasion of bush honeysuckles where cutting and herbicide strategies have been implemented, but only where burn programs will not damage standing timber.

Background:
Ecology and invasion
Bush honeysuckles consist of two species of shrub, Amur honeysuckle (Lonicera maackii) and Morrow’s honeysuckle (Lonicera morrowii). Both are invasive shrubs that were introduced to the US from eastern Asia for landscaping purposes and wildlife plantings. In urban and sub-urban landscaping, they form dense thickets that are desirable to property owners and land managers because of the privacy they provide. However, bush honeysuckles readily spread into surrounding natural areas, where the qualities that make them desirable for landscaping are detrimental to native ecosystems.

Urban areas, home landscapes, and even wildlife areas serve as sources of spread throughout the range of bush honeysuckle. Birds contribute to their spread by consuming honeysuckle fruits and transporting seeds within and beyond these source areas (Bartuszevige & Gorchov 2006). As a result, bush honeysuckle populations radiate out into surrounding natural areas from individual sources, rather than in an advancing invasion front (Kuhman et al. 2010). After seed dispersal, bush honeysuckle readily establishes in bare patches of forest floor or forest edge with little or no leaf litter (Bartuszevige et al. 2007), and along highways where soil is often disturbed from mowing equipment. Once established, the shrub grows in a patchy formation for 5-8 years while the individual plants reach reproductive maturity. Once the flowers form viable fruits, patches become inundated with seeds produced by the reproductive adults (Deering & Vankat 1999). As new seeds germinate, gaps among the older plants are filled with younger shrubs, resulting in a dense thicket of bush honeysuckle.

Established thickets of bush honeysuckle have detrimental effects on native ecosystems. Native plant species can be locally extirpated by bush honeysuckle through changes in their relative abundance; invaded sites can have up to five fewer species than uninvaded sites depending on the scale of observation (Powell et al. 2013). Shade cast by the bush honeysuckle leaf canopy reduces growth rates and number of flowers on native plants (Miller & Gorchov 2004), and can shift the dominance of native species to those that are shade-tolerant (Bierzychudek 1982). Fewer flowers on native species results in reduced pollinator activity, which can further reduce native plant reproductive success (McKinney & Goodell 2010). In addition to resource limitation via shading, bush honeysuckles produce allelochemicals that inhibit the growth and reproduction of nearby plants (Cipollini et al. 2008). This is especially true for annual plants (Gould & Gorchov 2000). Amphibian diversity is reduced in areas with bush honeysuckle compared to similar habitat where bush honeysuckle is not present (Watling et al. 2011). Moreover, amphibian community composition can shift because effects on tree frogs are not as severe, and thus increase their abundance relative to other species (Watling et al. 2011). The shrub is a popular nest site for birds because it leafs out earlier than native species, providing nesting sites for spring reproduction. However, nests established within the shrubs fledge up to 20% fewer offspring (Rodewald et al. 2009), and suffer greater rates of predation compared to those placed in thickets of native plants with thorns that serve as protection from predators (Schmidt & Whelan 1999).
Environmental effects of bush honeysuckle extend beyond direct effects on biota.

Honeysuckle leaves create a dense canopy that acts as a rain catch, reducing the volume of rainwater that reaches the forest floor and subsequent hydrologic recharge into surface waters and aquifers. Hydroperiods for ephemeral streams and ponds, which are important sites for many native species, are shortened; this can negatively affect the life cycles of species that utilize surface water for reproduction (Boyce et al. 2011). Rainwater chemistry can be altered by bush honeysuckle by increasing cation concentrations; this disturbs nutrient cycling in areas where bush honeysuckles are abundant (Mcewan et al. 2012). Invasive plants such as bush honeysuckles can alter nutrient cycles by increasing decomposition rates of leaf litter and increasing nitrogen release (Ashton et al. 2005). Finally, L. maackii honeysuckle increases human exposure to tick-borne disease such as ehrlichiosis by increasing the activity of tick hosts (white-tailed deer, Odocoileus virginianus), in areas where bush honeysuckle are dense (Allan et al. 2010).

Current distribution
Bush honeysuckle shrubs occur throughout much of the northeastern US and into Missouri. Currently in Missouri, the most prevalent species is Amur honeysuckle (Fig. 1). It is well established in St. Louis and Kansas City, but some outlying populations are found in rural areas of the state. Suitable habitat is located throughout Missouri (Fig. 1), illustrating the importance of mitigating the spread of this species outside of St. Louis and Kansas City (see Mitigation strategies below). Morrow’s honeysuckle is not well established in Missouri, although suitable habitat is widely available (Fig. 2).

Mitigation strategies
Land managers have been working to eradicate honeysuckle for years and have derived some key strategies for removal. At a broad scale, honeysuckle can be detected with aerial photos (Fig. 2). Because honeysuckle shrubs leaf out earlier in the
Figure 1. Distribution of L. maackii (top) and L. morrowii (bottom). Points indicate verified occurrences for each species. Color shading indicates predicted suitability for establishment. Warmer colors indicate higher suitability. Most of Missouri is suitable for extensive establishment of both species.

Once detected, several methods can be used to remove honeysuckle shrubs. The first involves cutting the shrubs just after leaf out when energy demands on the plant are at their peak. By timing the cutting in this way, the honeysuckle plant is compromised during its lowest energy level of the year, having just used a great deal of reserve energy to create the new leaves. Following cutting, applying herbicide containing glyphosate (~ 15% concentration) by painting or spraying onto the cut stump will kill much of the plant’s root systems. Herbicide should be applied within 15 minutes of cutting to maximize the quantity of herbicide taken into the plant tissues before the cuts begin to dry and seal. This approach is also effective in the fall (James Trager, Shaw Nature Preserve, personal communication).

Secondly, fire is an effective means of control, but only when used aggressively and in areas where an aggressive fire program will not damage standing timber (Mcmurry et al. 2001). While honeysuckle can be killed by fire, penetration of dense thickets by flames is hindered because fuel is generally limited below the honeysuckle canopy. As a result, dense honeysuckle thickets can remain even when the surrounding landscape is burned.
Targeted management efforts can improve eradication success and prevent continued spread for both species of bush honeysuckle. Populations are generally denser and more mature in the center of the invasion, and once individual thickets are removed, the numerous remaining shrubs serve as sources to rapidly re-invade areas that have been removed. As a result, focusing efforts along the edge of the invasion front can be more successful because populations often become fragmented towards species’ range margins (Gaston 2009) and eradication is easier to achieve when populations are sparse. Moreover, complex population dynamics for some invasive species such as bush honeysuckle lead to patchy patterns of expansion, where satellite populations establish and become additional sources of spread (Pardini et al. 2009). Eradication of bush honeysuckle in areas where shrub density is low prevents these areas from growing.

Figure 2. Color infrared photo of landscape containing bush honeysuckle. Bright red color indicates eastern red cedar; ligher red/pink color indicates bush honeysuckle (example in oval). This method is useful for identifying areas where bush honeysuckle is located during winter to plan for eradication just after leaf-out in early spring.
into dense thickets and becoming sources of seeds for continued expansion. In Missouri, ideal targets for eradication of L. maackii and L. morrowii are in central and southwest Missouri where current density is low, but habitat is suitable for establishment (Fig. 1).

Conclusions:
Bush honeysuckle shrubs are rapidly expanding in Missouri and elsewhere, and thickets that are establishing throughout its current range have a variety of negative consequences to native ecosystems. An aggressive eradication effort at the invasion front has the potential to prevent further spread and the negative consequences resulting from the establishment of thickets. Once spread is halted, eradication can move further inward towards the range core where populations are denser.

Landowners and land managers who witness bush honeysuckle shrubs, particularly like the solitary bush shown in Fig. 3, are critical to halting the spread of this invasive shrub. Eradication efforts are simple:

Land managers responsible for larger properties and public lands where shrubs may be more numerous can identify areas of invasion using color-infrared satellite imagery to focus control efforts. Together, private land owners and public land managers have a genuine potential to stop the continued invasion of bush honeysuckle shrubs in Missouri and beyond. 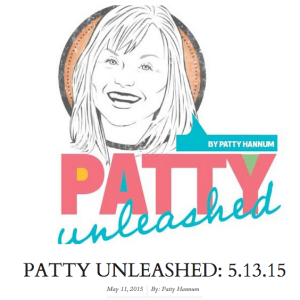 This site is brought to you by Magnificent Missouri